Welcome to my blog. I occasionally like to put together slideshows usually highlighting a trip or an adventure. Most of these will be centered around nature or wildlife which are my favorites. Please feel free to give me feedback and leave comments.

Silver Salmon Creek is located on Cooks Inlet in Lake Clark National Park,  accessible by small plane one hour west of Anchorage, Alaska. It's also the home of about 400 Alaskan Coastal Brown bears (a larger variety of grizzly).  My fellow photographer, Gordon Kilgore, and I were headed there to photograph the wildlife but were delayed by bad weather grounding the planes.

Usually the only way to reach Silver Salmon Creek is by small plane landing on the beach, since there are no roads. David Coray, owner of the Silver Salmon Creek Lodge was finally able to arrange alternative transportation by shuttle and then a 35 mile boat trip across Cooks Inlet in rain and sometimes dense fog. He, his staff, and guides do an unbelievable job and made our stay one that we will never forget.

What follows is a short gallery of some my photos from Silver Salmon Creek. -- J.Day 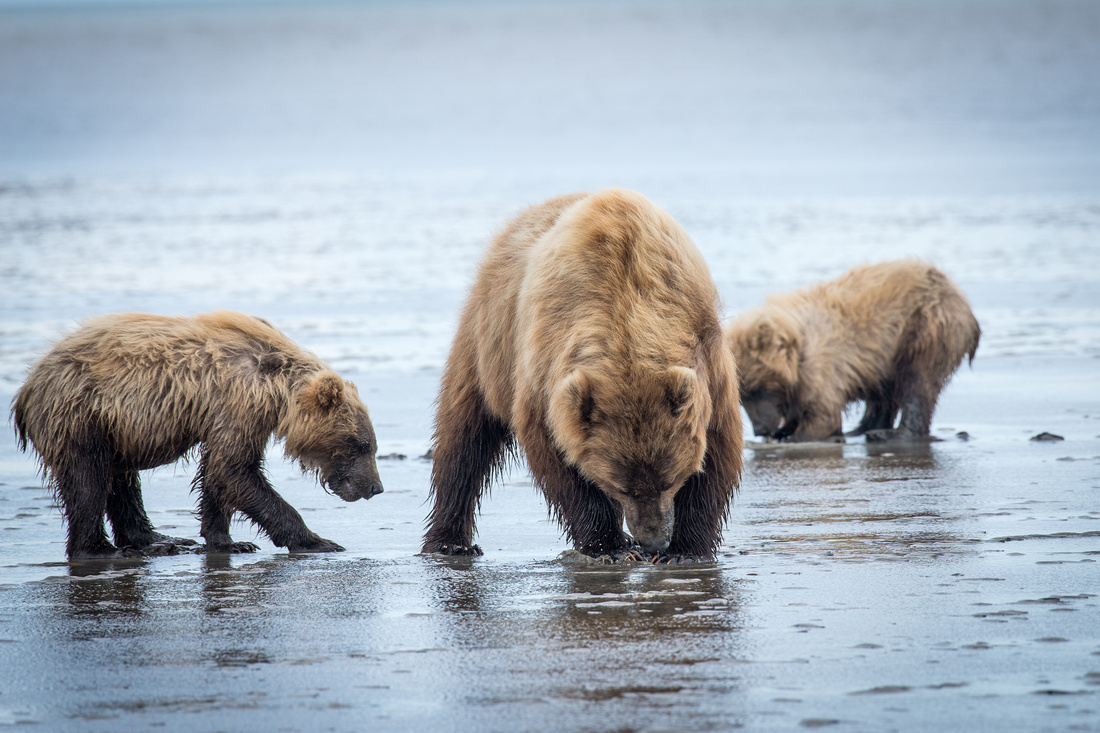 Bears clam digging on the beach

Clam digging on the beach 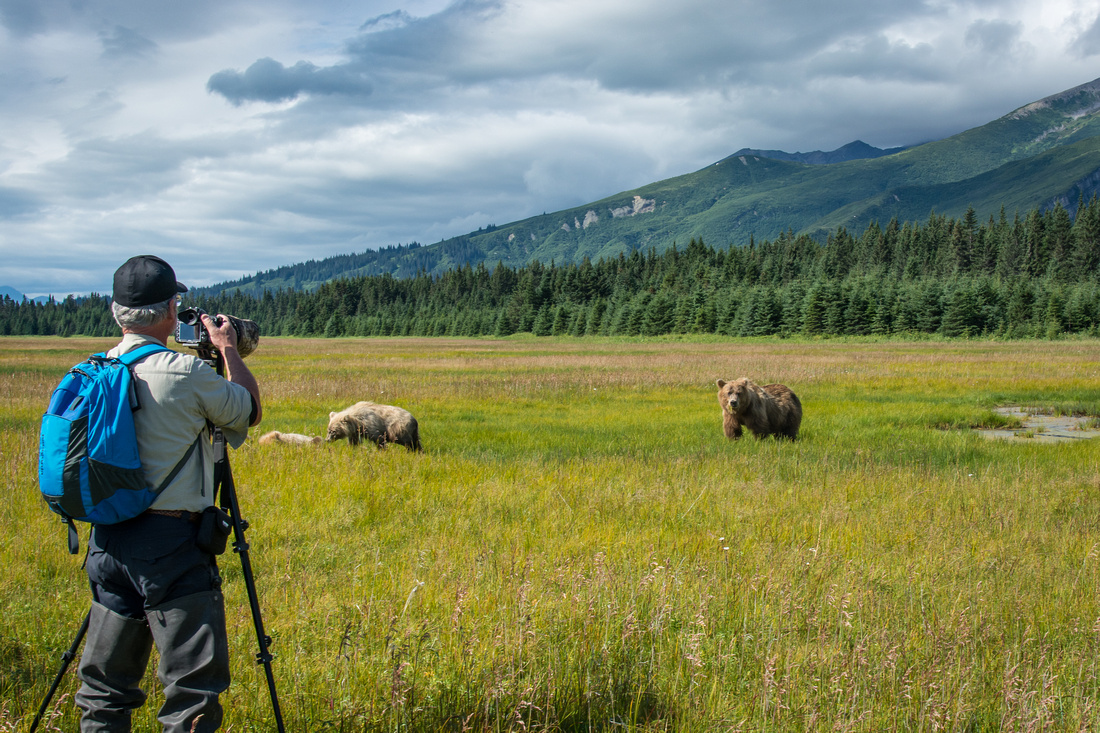 Shooting in the fields of grass 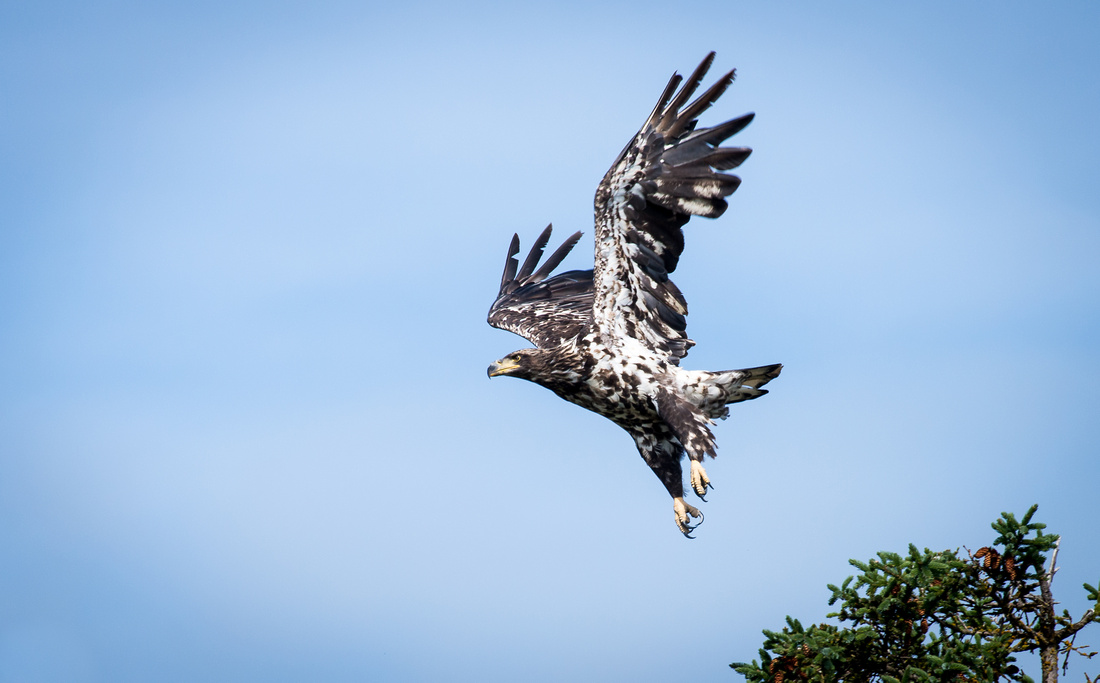 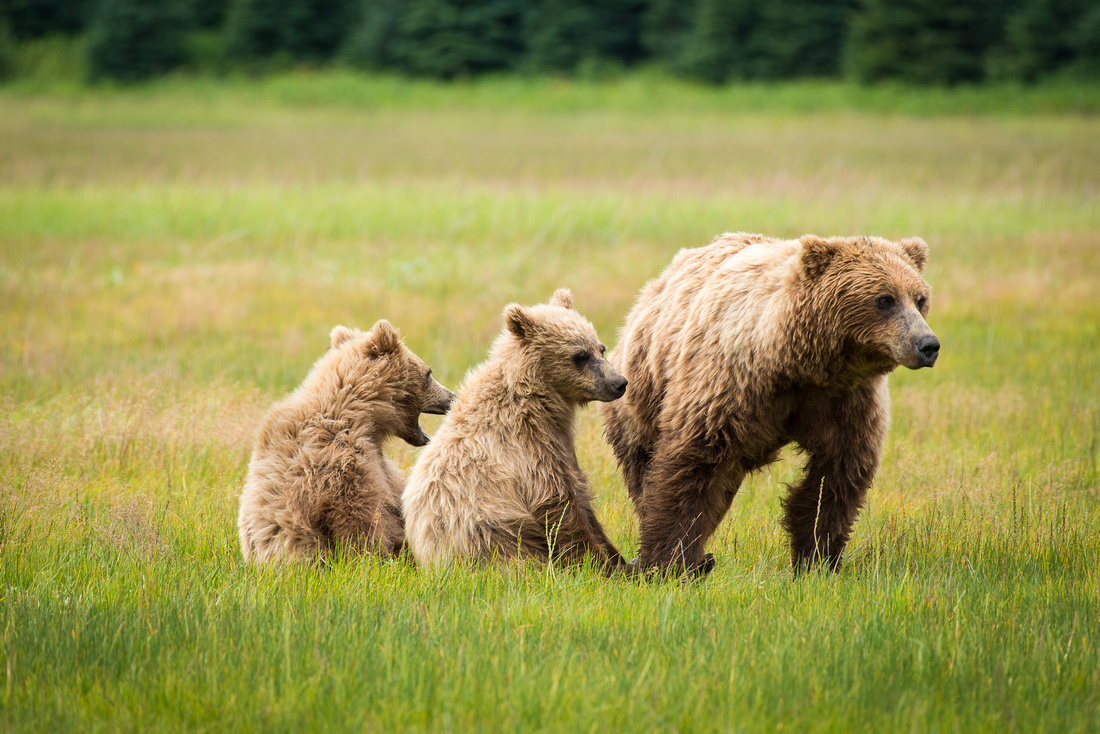 The big five originally referred to the five most dangerous animals to hunt. Now, it generally refers to elephants, cape buffalo, lions, rhinos, and leopards. People make a big deal out of seeing the "Big Five", but there are many other beautiful animals in South Africa, some of which can be just as dangerous. This blog will just highlight the big five.

Elephants are the earth's largest land animals and can live about 60 years. This bull elephant below came within 2 feet of our Land Rover, which was enough to get your heart rate up. Luckily he was in a good mood and just curious about us. We had just watched him pull up trees with his trunk and eat the limbs and bark. 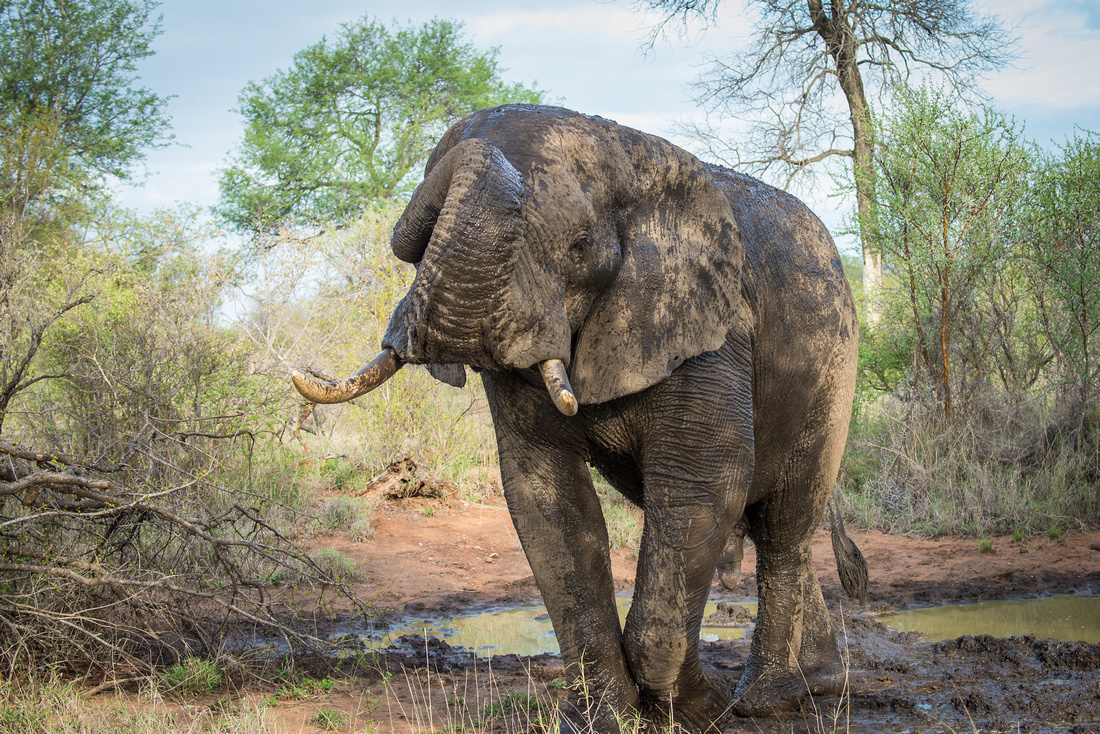 African ElephantThis bull elephant walked within two feet of the range rover and was enough to get your heart rate up.

The Cape Buffalo in the photo below tends to be quick-tempered and won't hesitate to use his massive horns to ram and gore any perceived threat. In my opinion, they are the least photogenic of the big five. 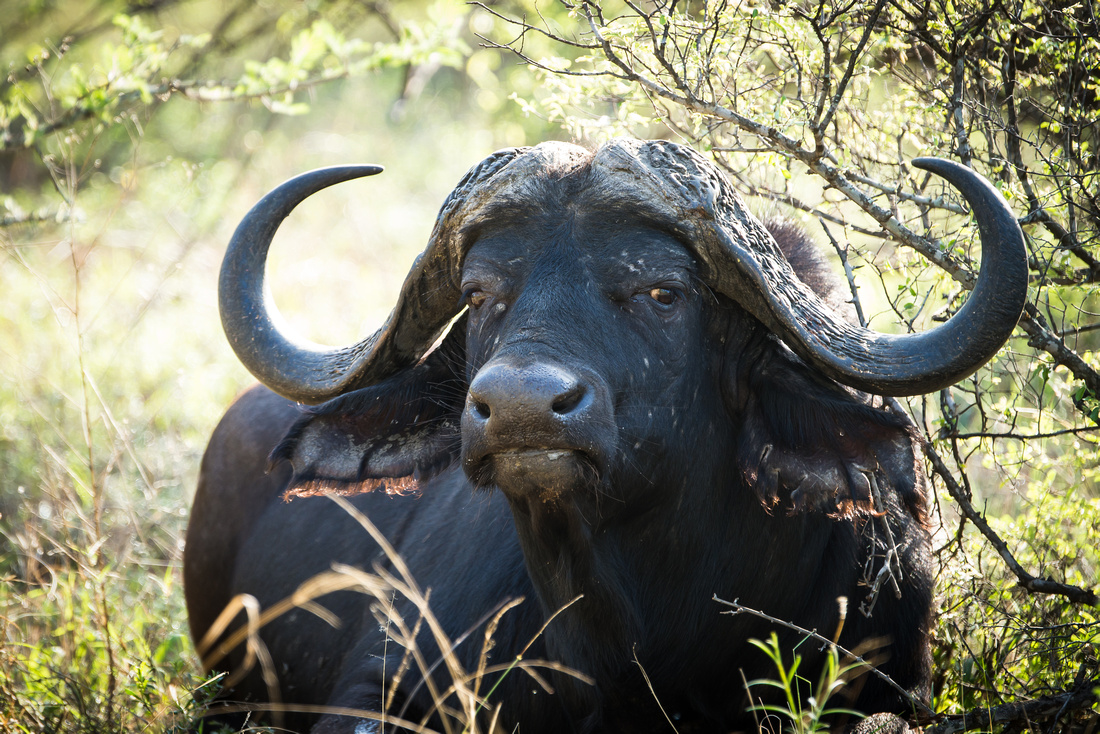 Rhinos can live up to 45 years and are found in dense bush, weighing up to 2200 lbs. This one in the next short video was particularly irritable. He charged us right after this clip was taken, and luckily stopped short.

Leopards are mainly nocturnal and rarely sighted. They frequently take their prey into a tree and can lift prey equal their own weight. 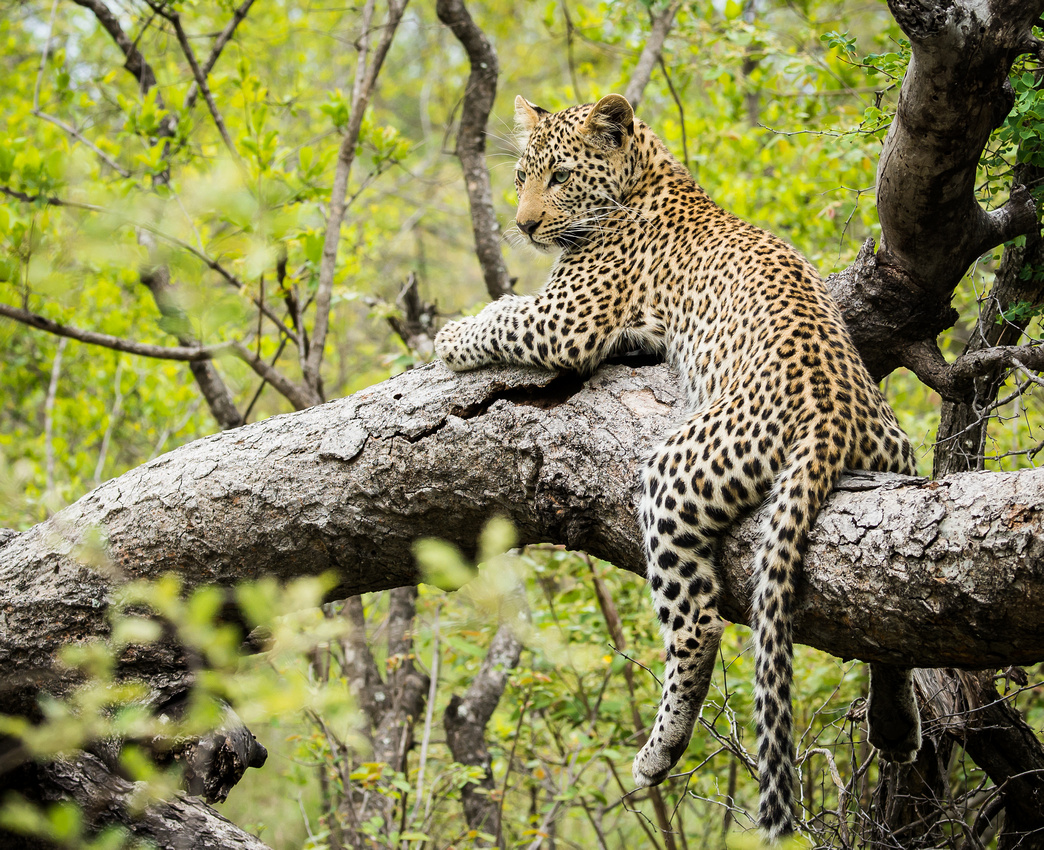 Out on a LimbLeopard on a limb, South Africa

Lions live in family units called prides and their most common prey is impala, zebra and wildebeest. The average life expectancy of a lion is about 20 years.  We saw lions almost everyday, frequently resting or on a kill. They would occasionally come within 6-10 feet of our Range Rover, but generally regarded the vehicle as a large animal. So unless we brought attention to ourselves, we were not regarded as prey. This lion was within about 10 feet, so no cropping necessary. 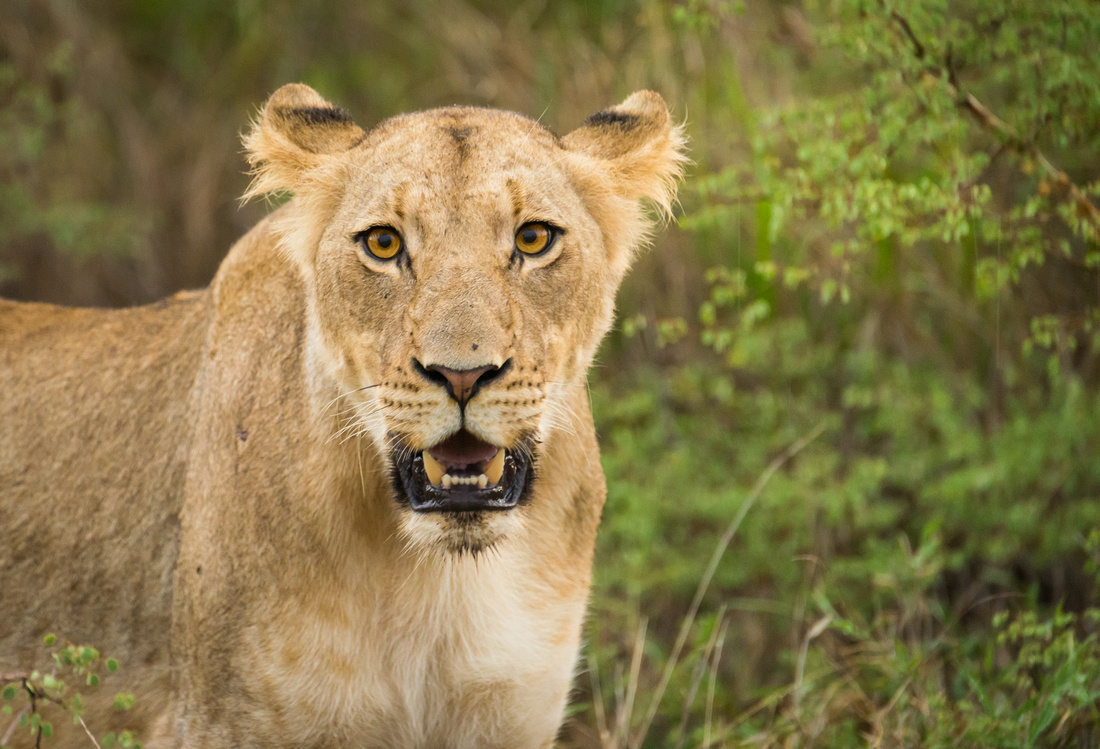 This short video clip shows a group of lions grooming each other and relaxing. You might be able to tell from the clip how close we were, and they were completely unconcerned with our presence.